The Commission's findings at Davos 2019

The Commission's research was shared at Davos 2019 by the Dean of the Blavatnik School of Government, Ngaire Woods. Watch the full panel discussion on 'Mapping Data Dominance' here:

World leaders gathered in Davos, Switzerland, for the World Economic Forum Annual Meeting, which this year led with discussions on “Globalisation 4.0" thinking about how to shape global architecture in the age of the fourth industrial revolution. Representatives from governments, international organisations, business, and civil society discussed how the world can be better prepared for global transformations occurring in part due to rapid technological progress.

Professor Woods spoke on the 'Mapping Data Dominance' panel on 24 January. The session discussed data as the new 'currency', and offered insights into the building blocks of a new development agenda for a 'data economy'. This is vital in light of the fault line that is opening up between data-rich and data-poor economies, and the most marginalised women and men within countries.

Ngaire shared the Commission's key findings from its two new reports: Digital Lives: Meaningful Connections for the Next 3 Billion, and Charting Pathways for Inclusive Growth. She shed light on the polarised debate on technological progress, as well as the digital divide and why it is important to bridge technological access and usage gaps.

Also joining Ngaire Woods on the panel was Ricardo Hausmann, the director of the Center for International Development and professor of Practice of Economic Development at Harvard University, and Mats Granryd, the director-general of GSMA. 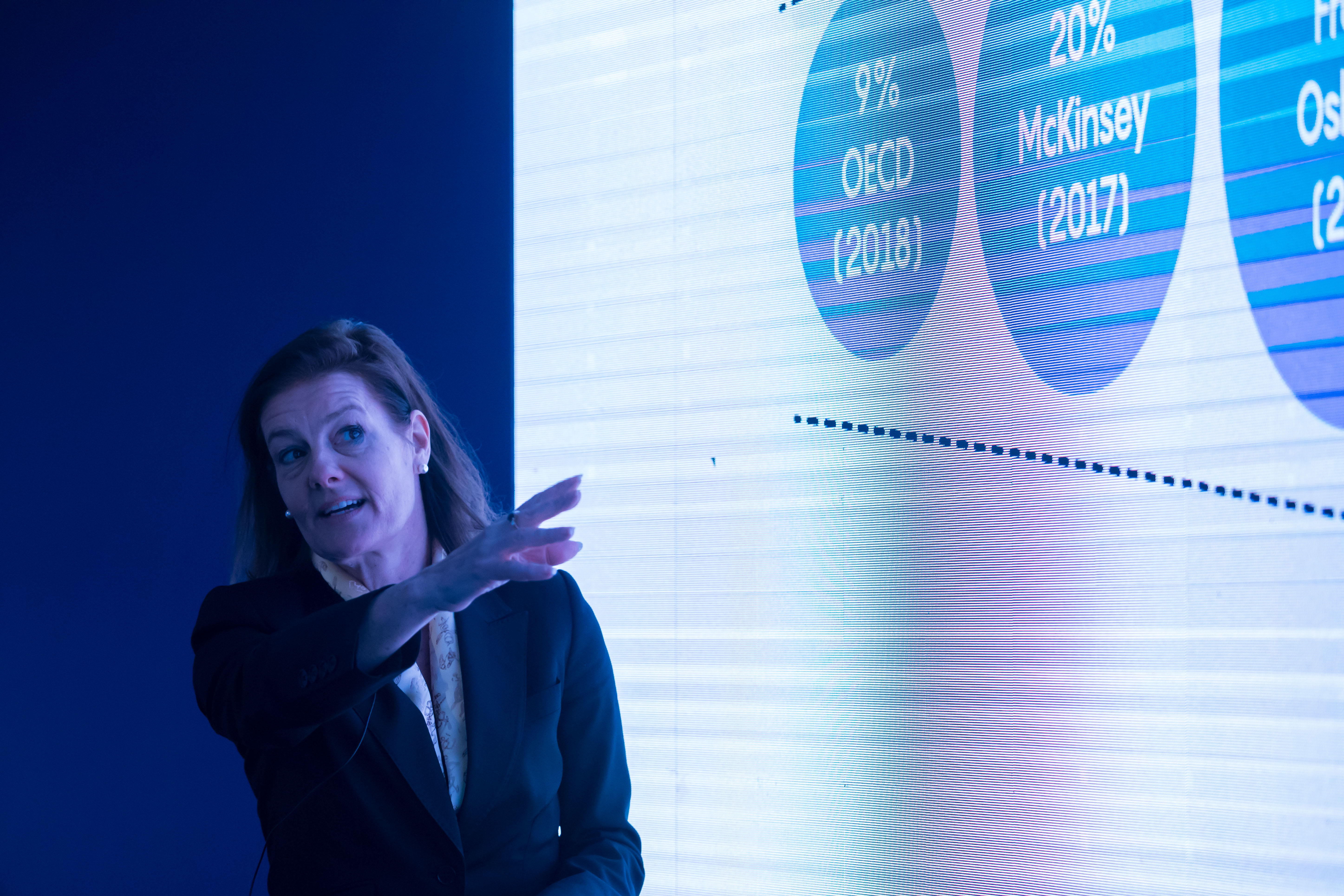